In this article published on thediplomat.com, Nicholas Wyman addresses how COVID-19 will change the way the world works, studies, and travels.

The world economy has taken a massive hit as countries take measures to prevent the spread of the novel coronavirus disease, or COVID-19. From Asia to Europe to the United States, private business are closing down as citizens shelter in their homes to prevent community transmission of the highly contagious, poorly understood disease. Asian states had been at the forefront of reacting to COVID-19,  given the disease’s origins in China, but the economic consequences are global. To better understand the new economic environment and what other countries might learn from Asian countries that have successfully mitigated and contained economic damage, The Diplomat’s Ankit Panda spoke to Nicholas Wyman, CEO of IWSI America.

The Diplomat: What steps can countries take to mitigate the economic damage?

Nicholas Wyman: The most important step governments can take is to be transparent, honest, and clear in their communications so they can retain the trust and confidence of their population.

Governments can be expected to open their wallets and spend whatever it takes to remove systemic and social uncertainty, and to give people the confidence to think beyond the short term. I would expect multiple rounds of government stimulus, potentially trillions of dollars worldwide, with many new and novel ideas tested. Expect to see more coordinated central bank actions and quantitative easing to prop up markets also.

What can Western countries now dealing with the worst of the pandemic learn from how Asian countries reacted?

All countries will be required to adopt a mix of travel restrictions, quarantine, and reduction in social activity and human contact in the short-term. The mitigation and containment efforts adopted by governments across Asia thus far have provided valuable preventative insights and a playbook to countries to follow on how to slow and control a COVID-19 outbreak once it arrives in their populations.

The Singapore government acted fast in limiting travel with China, identifying and testing potentially exposed people, quarantining and isolating infected people if required, and mapping their movements during the incubation period. It also offered to financially support people affected by the virus. Thus far, Singapore has not had to shut down schools or businesses. South Korea’s”trace, test, and treat” response, adopting an early, rapid, and widespread testing regimen and establishing a pop-up network of clinics to prevent people showing up at hospital emergency departments has also been very effective in helping manage the outbreak. South Korea is reporting a significantly lower fatality rate. 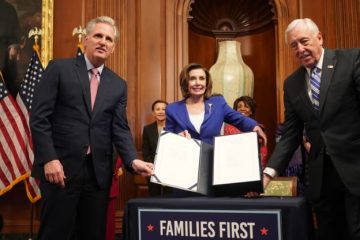 ‘Time will tell if this $2 trillion injection, known as the CARES Act, will deliver’ – CNBC

Article by Nicholas Wyman, CEO of Talent Brokers. The unprecedented 3.2 million jump in unemployment insurance claims is just one indication of the near total clampdown of the U.S. economy. Congress has responded by passing the largest stimulus package Read more… 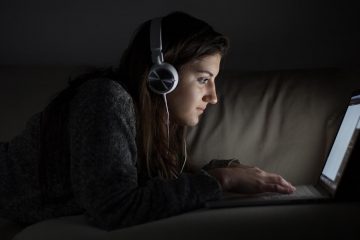 Article By Robert I. Lerman – www.urban.org Efforts to limit the spread of COVID-19 have shut down much of American production, led to massive layoffs and reduced hiring, and endangered many American businesses. The scale of the lost Read more…